The wonderful for its marvelous beaches as well as exciting contrasts island of Kýthera has been home to hosts of peoples and civilizations: from the Neolithic Age to the Minoan times (20th century AC) and to the Mycenaens, the Dorians and the Spartans, still in the ancient times; from the Byzantine middle ages to the Venetian rule; from the Ottoman to the English occupation; from the State of the Ionian Islands to the modern Greek State which it joined in 1864.

The ancient myth that referred the island as Aphrodite’s birthplace has been the inspiration for the paintings of celebrated artists such as Sandro Botticelli and Jean-Antoine Watteau.


Now, a trip to Kýthera is the symbol of a burning desire, of hankering for beauty; and not unjustly so. 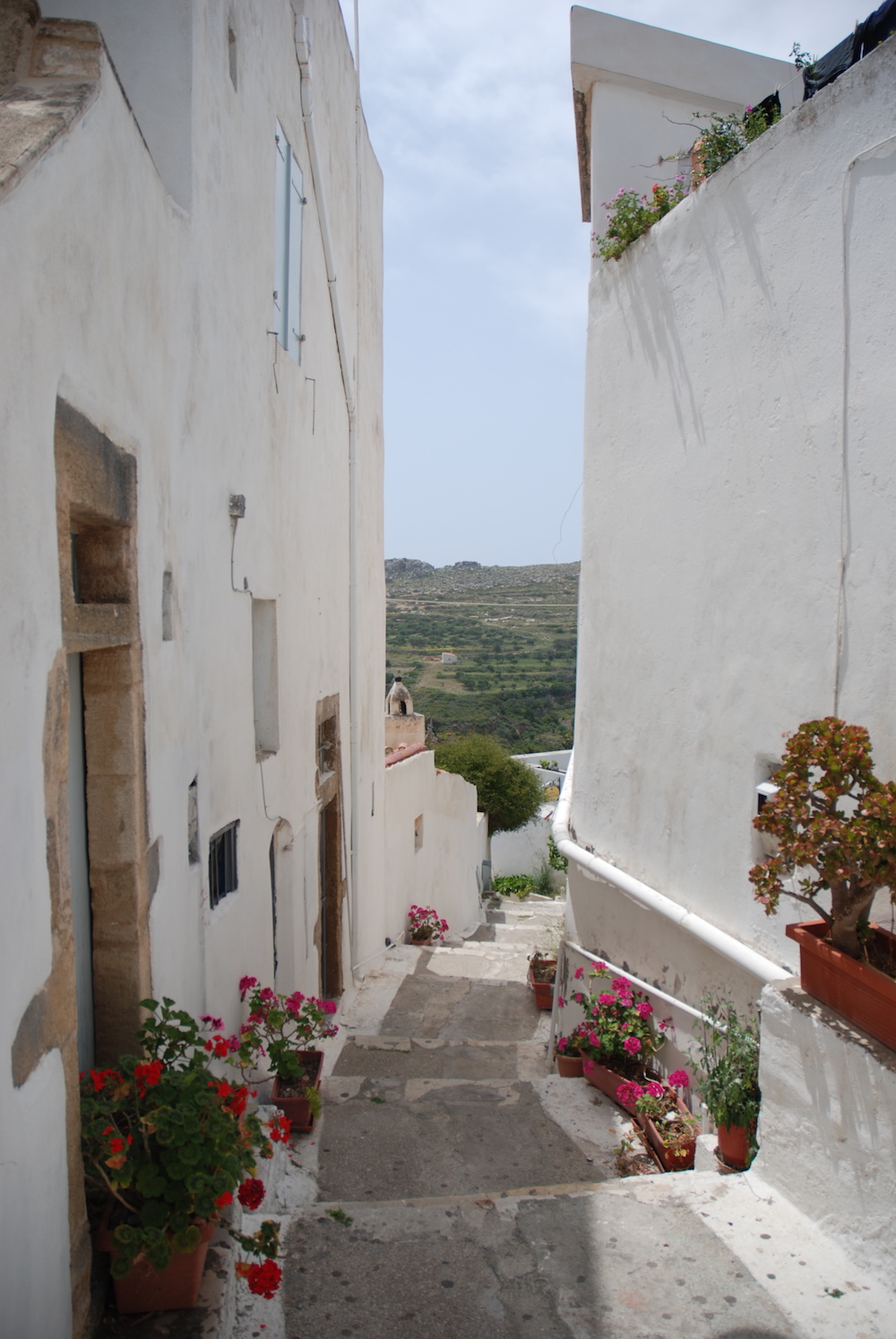 Chóra, the capital of the island, stretches out around the Venetian castle of the 13th century - renovated by the Venetians in 1503 - to share with it an overwhelming view to the Cretan Sea. On the cliffs around the castle a small yellow jewel of a flower grows; sempreviva is peculiar to the island.
White little houses squeeze each other to fit in the narrow cobbled streets that go whirling uphill and past tiny little churches and Venetian mansions with beautiful gardens. Your need for a rest will be met at the cafés of the two scenic squares of the village. But if you feel like having a delicious meal or a drink, walk downhill to Kapsáli.

Kapsáli could be said to be the busiest spot for tourists. Full of cafés, tavernas, bars and boasting a marina too, Kapsáli is where the night of the island turns energetic and eager for a meeting and romance!


Potamós is the biggest village of the island. Even on a cool winter day, when the inhabitants of Kýthera generally stay in, there will always be some chatters and banters at the cafés of the central square of Potamós. On Sundays, the flea market is just another excuse for the villagers to go out again, meet their friends, have a mezé and some ouzo with them, and enjoy the atmosphere of their fantastic place. And guess what: they are open and friendly and welcome visitors to join them! Don’t forget to visit the historic building of the English school. In the summer, musical concerts and theatre shows often take place in the open air municipal theatre which is located at the east, towards Agía Pelagía.

Agía Pelagía is one of the biggest villages of Kýthera and undoubtedly its accommodation, food and shopping centre. People tend to stay there not only because of the beautiful nearby beaches, but also for the joys of caving. In fact, the 120m² large cave of Saint Sophia (one of the three of the island with the same name) and the cave of Venus in the ravine of Galáni are definitely worth a visit. You are going to love the island anyway; but for those who might wish to spend there the rest of their lives, their chance flows in the potable waters of the source at the entrance of Agía Pelagía: legend has it that if you drink from that source, you’ll get married on Kýthera.

Mylopótamos had been founded by the Venetians. The Saint Mark’s Lion symbol of the “Serenissima” Republic of Venice still adorns the gate of the remains of the castle (built in 1565) in the Káto Chóra neighbourhood. The village is beauteous for the running waters, the plane trees, the ponds with the ducks, the traditional architecture, and the astonishing falls of the Fónissa ravine. Walk down the latter to marvel at a spectacular row of watermills and waterfalls. You’ll be in awe when you will have reached the quite beach of Kalámi. Mountaineering equipment recommended.

Mytáta: if lush vegetation is your thing, then you’ll surprise no one by stating that you regard this village as the top beauty of Kýthera. With an exhilarating view to the gorge of Tsákonas, the village lazily enjoys its position amongst trees, shrubs, and plants. This rich vegetation is the habitat of a variety of nectarines that is unique to this place. Before watering your mouth, this fruit will bring a delightful sensation to your touch; that’s why the locals call them “breasts of Aphrodite”.

Aroniádika: With an architecture recalling the southern Peloponnesian one, this traditional village is one of the island’s crossroads. The visitors are impressed by the myriad forms of the chimneys of the houses of the village. In its proximity, visit the Paleochóra Castle, the Byzantine capital of the island. The castle was built in the 13th century, but it was destroyed by the pirate Barbarossa in 1537. Nowadays the whole area has a wild, somewhat uncanny attractiveness. On the walls of some of the ruins there are marvellous frescoes too. Don’t miss out on a visit here!

For the fans of agrotourism Kálamos is the place to be. The farming heart of the island beats here. Vegetable gardens, orchards, and vineyards provide the locals with the prodigies of the Kytherian nature that are available for you to taste in the tavernas of the area.


The number of the aficionados of the island is a multi-digit one. Most of them agree that Avlémonas is the most beautiful village of it. Crystal blue-azul waters bathe the frisky morphology of little bays to match with the cycladic architecture of the houses and the cobblestone paths around them into an attractive ambience of recreation and wellness. Getting there from Chóra gives the visitor the chance to pass through the bridge of Katouni. Built in 1826, it is the largest bridge ever built in Europe by the British (110m long, 6m large, 15m maximum height and sustained by 13 arches and 12 symmetrical galleries). According to the legend, the British Commissioner Mackwell had fallen in love with a local young enchantress and had this bridge built so that he could go and visit her easily.

Diakófti: It was in 1995, when building the main port of the island finished, that this area started turning into a developed one. In just a matter of years, a place, which used to be just an area with some sparse houses, is now a busy village where you can stay, eat, and swim. The 800m²underground cave of Choustí, where very important archaeological findings have been brought to light, is also here.
Kythera kapsali Chýtra: A spectacular rocky island, Chytra or Avgó (meaning “egg” in Greek) located just short of the port of Kapsali, is waiting to be explored. The sea cave on the south side fascinates visitors with the water reflections creating a riot of colours and designs. The cave is home to seals as well as to endangered species of falcons, which build their nests on its rocks. The rugged terrain of Chytra is another spot where sempreviva blooms. But do not try to collect it yourself! The slipperiness of the ground makes it difficult for people but the experienced locals to carry out the task. Access to the rocky island is possible by private boats. 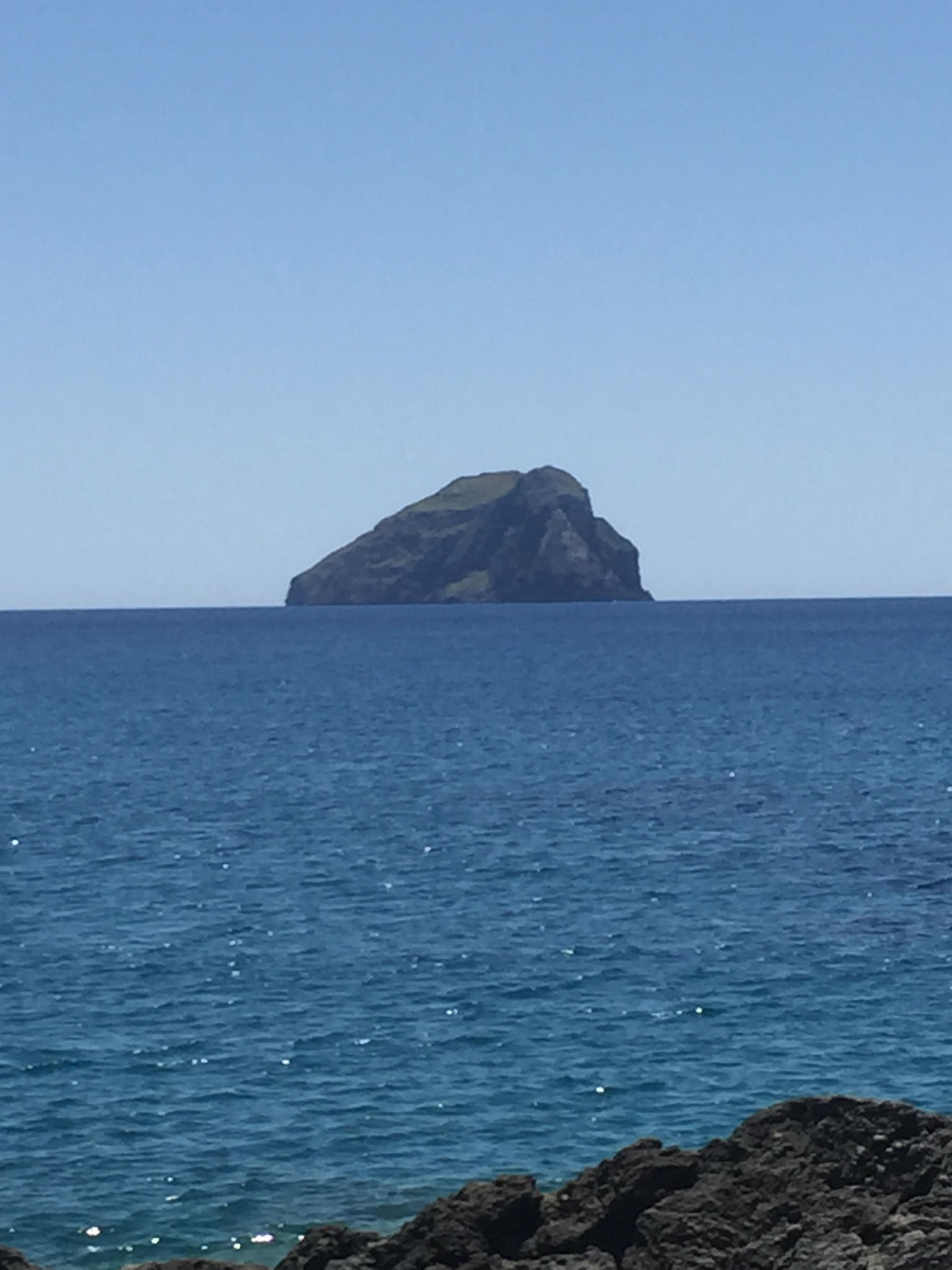 Kýthera’s honey is probably the best in Greece. Tourists leave the thyme-clad island with jars of honey in their luggage. It is believed that it had been the Minoans who taught bee-keeping to the Kytherians. Apart from the prevailing type of thyme tea, erica (white heath) tea is made here too.

Kythera's rusks are produced from cereals and is one of the island's best-known products throughout Greece. The unique taste of the local olive oil gives the rusk a touch of divine.
source: Visit Greece